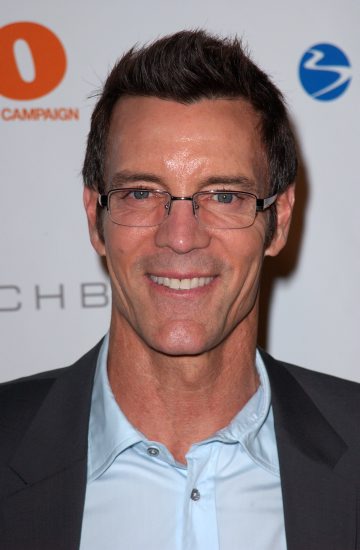 Meet Tony Horton, the master behind the best selling fitness program in America P90X. Tony helps people get fit all over the world by keeping them motivated in health, physique, and lifestyle. Over the last 17 years Tony has acquired, perfected, and shared his fitness expertise with countless individuals across America. From professional athletes, sports teams, television and major movie stars, recording artists to the average American, Tony has helped people turn their lives around with the perfect mix of encouragement, humor, discipline and fun.

His expertise includes post-rehabilitation training, advanced stretching, yoga, weight/resistance training, cardiovascular/aerobic training, boxing and kickboxing, plus circuit, cross and interval training. Aside from his powerful programs with Beachbody and operating ASH Fitness, a state-of-the-art training facility in Santa Monica, California, Tony hosts a minimum of three fitness camps per year where he personally helps scores of people meet their goals.

His first book comes out with Rodale books December 21, 2010, and he is in discussions to star in his own reality show. Tony just completed the Tony Horton “Ripped and Ready” Tour with Armed Forces Entertainment, where he traveled overseas to reach our soldiers, airmen, sailors and their families motivating them with a fitness regime geared especially for them. Tony loved helping teach and lecture on how working out is the practical tool that helps them prepare for the rigors of their job. Tony recently went to Washington, D.C., where he was the race marshal for the National Press Club’s 5K Race. He travels to D.C. regularly to whip about 140 members of Congress into shape on Capitol Hill at the Results Gym.

With a whopping $500+ million in sales of an extremely impressive library of fitness programs like the highly acclaimed P90X®, Power 90®, One on One with Tony Horton, Ten Minute Trainer, Power Half Hour™, Tony & the Kids! (for ages 5 to 12), Tony & the Folks! (for senior citizens), and Great Body Guaranteed!™, this East Coast (Rhode Island) native incorporates his personal training experience and engaging personality to get people of all ages moving and digging deep to get their best results.