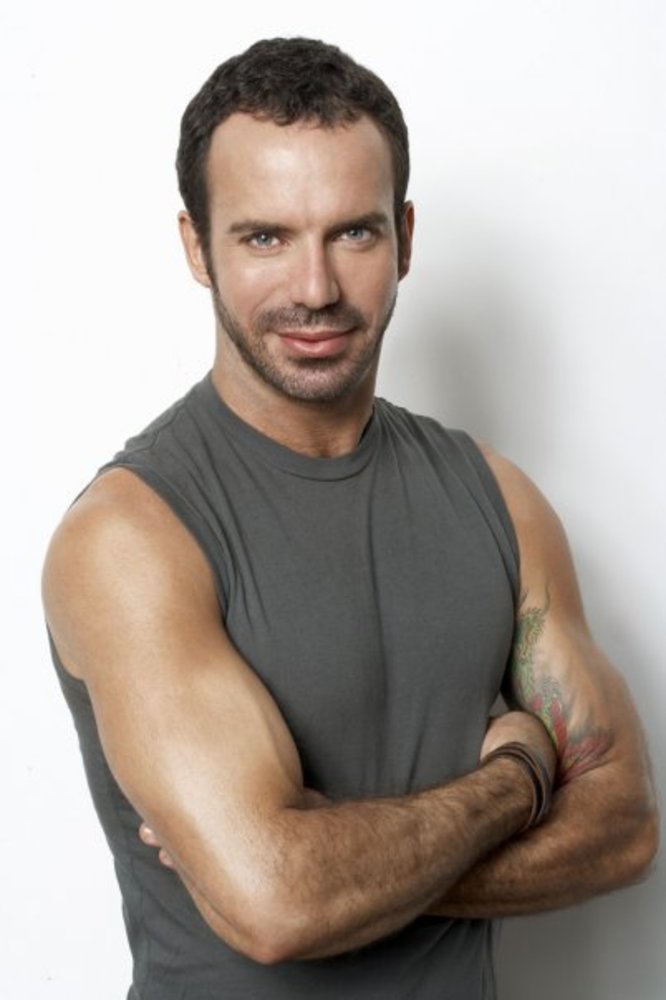 Over the last several years, Brazilian native Leandro Carvalho has become indispensable to the workout scene and Vogue magazine placed him in their hot 100 list of Brazilians who make New York.  Carvalho started out as a dancer in several prestigious dance companies in Brazil all the while working on his continuing education.  As he received his University degree in physical education from UFMG,  Leandro created a fitness program for Industrial giant Petrobras for their employees and trained thousands of policemen and firefighters. Shortly thereafter he was given the opportunity to come to New York and dance with the legendary Merce Cunningham, which was a dream come true. He continued his education in the United States, earning almost every personal-training certification that one can have from the AFFA, AEA, ACE and Pilates. Leandro also has extensive Yoga training and continues to further his education every chance he gets.

His passion for continual learning was fueled by the needs he saw from his fellow dancers for rehabilitation and injury prevention and of several supermodels who needed to stay in shape without bulking up. Over the years, Leandro’s studied approach to kinesiology and adapting his training to the specific needs of his students for  better health,  aesthetics and  performance has made him unique in the world of fitness. He has developed a system of lifelong fitness that can help his students from childhood to old age.  Leandro’s fitness philosophy is to share his vast knowledge to help everyone and especially those that conventional fitness programs leave behind.  Leandro’s slogan is “Don’t Settle for less” and he applies it to everyone. “There is nothing more satisfying to me than to help someone lose weight, who never thought they could, or to help someone’s self esteem by given them back their body and health when they had given up on themselves.”

The last several years have been phenomenal for Mr. Carvalho, having ‘Brazilian Butt Lift’ and ‘Brazilian Tummy Tuck’ named the Best Fitness Class in New York in New York magazine’s ‘Best Of’ issue and of course the rave reviews for his Brazil Butt Lift DVD produced by Beach Body. This DVD series is now being sold in America, Europe and soon the rest of the world (or now by special order) and there are more programs to come.

His continuing work with fitness giant Equinox has had Leandro travel to various clubs throughout the United States to bring his signature classes like ‘Brazilian Groove’— a cardio/dance class to the thrilling sounds of Brazilian music to eager fitness students around the country.

Leandro also has a growing reputation as being one of the leading experts in aquatic training and his water class ‘Brazilian Body Surf’ is a great alternative for students seeking the latest in aquatic training or those that need the gentle yet powerful workout that only a water based exercise program can provide. This expansive program is popular with athletes recovering from injuries, pregnant women, children and of course older individuals who might be prone to injuries in any other workout environment and it even benefits students with special needs like those with autism.

As in years passed, Leandro is training the Victoria’s Secret Angels as they prepare for various photo shoots and for the CBS “Victoria’s Secret fashion show”. Leandro has been featured in numerous television shows like New York’s WB11’s morning fitness segment, Fox 5, the Today show, E! and many worldwide programs airing in Japan, Thailand, throughout Europe and of course his native Brazil. (In order to reach more of his Latin neighbors, Leandro has added Spanish language classes to his already busy schedule). He has also been profiled in magazines such as Marie Claire, Time Out, New York Magazine, New York Times, Elle, Health, and Vogue (see enclosed).

In 2010, Leandro opened his own studio, Leandro Fitness, in New York to train private clients in a peaceful and focused manner. Leandro continues to teach group classes at Equinox while allocating  more time on DVD creation and helping his private clients reach their optimal fitness goals, whether they are actors prepping for a demanding role, a new mom looking to regain her shape quickly or anyone simply wanting to get fit for life.