One of the greatest stories never told is that of my brother Darrick Smith. He stood with one foot in the grave and no way to change it.
Now he is on the HUnt, Changing the world one pound and one person at a time. Had it not been for the decision Carl Daikeler and John Congdon made  to start a fitness company, I would have lost my brother as a fatal casualty in the war on obesity. I can never thank them enough 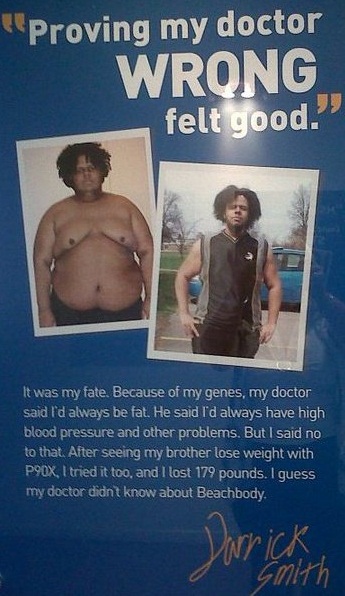 Below is an exert of his story that can be read here: BEATING THE ODDS WHEN THE DECK OF LIFE IS STACKED AGAINST YOU. 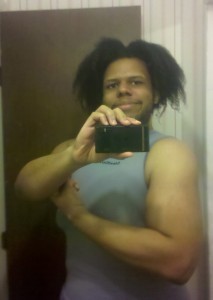 I’ll be honest with you, I was so defeated mentally and emotionally that I was sure I would die before my 21st birthday. My blood pressure was dangerously high, I was very close to getting diabetes, I could barely go up a small flight of stairs without being winded, I had obstructive sleep apnea and on several occasions woke up choking to death with no air in my lungs, because I had so much fat around my neck and to this day I still fear sleeping on my back because of that.

Much to my surprise and every year thereafter, I was still alive and kicking, and still overweight until 3 months after my 24th birthday, my brother gave me his copy of Power 90. Being overweight himself and wanting to join the military to be a pilot he said “I found this program, i’ve tried it, i’ve lost 20 pounds already, lets do this together, we’re going all in.”. I agreed. I had nothing left to lose except my life.

To me it was a life or death situation, I would rather die struggling to lose the weight than to die in a bed having done nothing even when someone offered me the key to a healthier life. “Its this weight or your life.”, that was my daily reminder to myself to keep pushing, its depressing I know, but it was with passion and an iron will that I said those words, with every intent on succeeding.

After the first week of Power 90 I had dropped 17lbs and I told my brother, first thing on that Saturday morning; “This is it. I know it. We finally found something that works!” since that time I have dropped and maintained a weight loss of 185lbs, and I am still losing weight at this point, the programs have changed but the desirer to be the me that I feel inside has taken over. I have recovered the will to live. I am no longer defeated, my self esteem isn’t shattered, and even if I carry the scars of being severly overweight, I now know I can be there for anyone that was in my position, looking for a way out, looking for that light at the end of the extremely dark tunnel.

Which is another reason I am proud to be an independent Beachbody coach because it gives me the opportunity to help others. I’ve been there, I know what its like to give up and feel like no one cares, and that there is no way to change. I know that is not true and that there is always hope and always a chance of change, if you can find it or if someone offers it to you.