Fat burners, We see them on shelves and in the media constantly. touted as the magic pill that will let you keep your life style as is and still lose weight. Questions I get often is do they work,which one do I use  , are they worth the money and are they safe?

The simple answer would be yes fat burners work. The reality is they don’t work the way you have been led to believe they do. A popular fat burner from VPX is Meltdown. In clinical studies it was shown to increase Calories (Kcal) burned by 1.3 per minute for about 3 hours [1].   That is about 230 more Calories burned (115 being fat calories) just by popping a pill!  Take pills burn extra 200 Calories or 1 pound every 17 days,  sounds like they work to me… kind of…

The majority of supplements on the market hide behind the words proprietary blend. This allows them to jack up the amount of some ingredients and sprinkle the amount of others for labeling purposes. so i am going to focus more on what to look for in an effective fat burner and less on which company makes the best one.

Though most commercially available pills will have additional compounds to help with mood, testosterone production or even hormone regulation, These are the ingredients known to burn or oxidize fat. If you are taking a combination of pills that have these you will notice a reduction in weight and subsequently body fat.

Caffeine Anhydrous: Caffeine has been shown to be an effective supplement in enhancing lipolysis, fat oxidation, and alertness. When combined with other compounds its effect on fat are magnified greatly. You would be hard pressed to not find caffeine in an effective fat burner.
Standard dosage is 200mg

Pyruvate: Though pyruvate is produced in the body and aids in the conversion of carbs into energy, calcium pyruvate can increase metabolism . Pyuvate also reduces the amount of lactic acid build up associated with exercise.
Low Doses of 6g has shown to increase fat loss by 12% over a six week period.
High doses of 30g have shown a 50% increase in fat loss over a six week period.

Epigallocatechin gallate (EGCG) is a potent antioxidant found in  both green tea and white tea but not black tea.EGCG has many medical benefits. Its anti inflammatory proprieties help with headaches, inflammatory bowel disease and is Known to slow or stop the growth of cancerous tumors. Its use as a Fat Burner is well documented.
[3] Doses of 3g -6g combined with 2g of caffeine would increase fat oxidization (fat to energy usage) by 50%

[4]Raspberry Ketones (RK) is the primary aroma compound of red raspberries. It causes the fat within your cells to break down more effectively, helping you burn fat faster. The recommended dose is 100-200mg per day. To get the same benefit from the actual fruit, you’d have to eat around 90 pounds of raspberries. In several animal studies it has show to slow weight gain in a high fat diet. 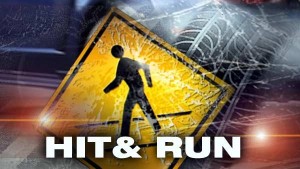 Look I can argue this point for either side. Millions use them everyday and nothing goes wrong. However many have suffered irreparable damage to their bodies. Including but not limited to adrenal failure, kidney failure ,heart failure, and death.   My personal opinion is this ,

Fat Burners are as safe as walking to work everyday, you could get hit by a car or mugged but odds are you won’t

I say that because you never know how your body will react to the different compounds , you never know if you have a congenital defect that can be exposed by the combination of ingredients. Much the way you don’t know if a drunk will ride on the side walk, or if some guy is desperate and in need of an extra  couple of bucks. The media sensationalizes the casualties and fatalities associated with supplements , especially fat burners.  Ephedra was banned when a young man died of a stroke. He had many issues (over weight, high blood pressure , dehydrated) that contributed to his death but the drug was blamed. In recent news 1.3 dimethylamylamine (DMAA) with over 400 million doses taken a year by the general public, is being blamed for the death of two American soldiers[5]. They were found to have traces of it in their system but it has not been labeled the cause of death.  It is as i said in the beginning of this segment, you can argue this point either way. In the end you have to weigh the risk vs rewards and roll the dice

Are the effects worth it? 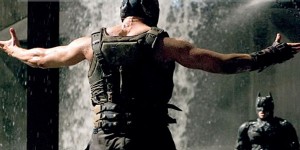 That is a question only you can really answer. The perfect combination of  fat burning pills/supplements could potentially incinerate an extra 2-5lbs a month. That is with out doing a single thing different in your life!  That same combo however, used with a healthy diet and exercise could yield 10-20lbs of weight loss in that same time. The dirty truth and sad reality is no one knows what kind of toll that will take on your body(we are all different). You could finish that cycle on top of the world or you could have an adverse effect and finish it 6 feet under. That choice is your and yours alone…

Which fat burners do I use?

I’m not a doctor, I don’t hold any medical degrees. So I can’t nor will I promote something that could potential harm you in this article.  If you really want to know what fat burning stacks I have used or recommend to my personal friends.  I would be happy to share my personal opinion and experiences with you. just do one of the following
You can: Make Me your Coach Here
Add me: www.facebook.com/mythicon
E-mail me: maxphoenix5@gmail.com

Which fat Burners have you tried?